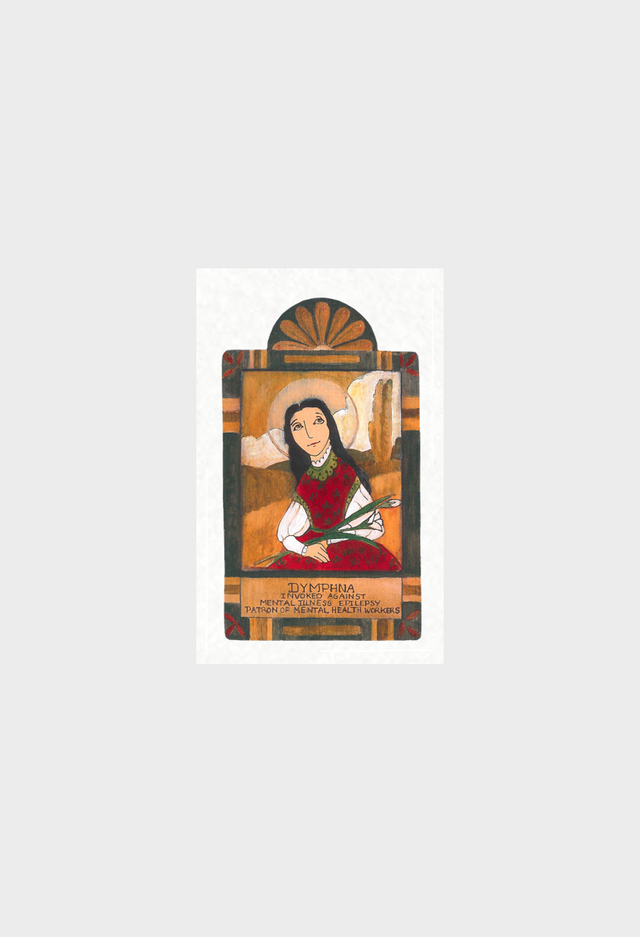 Dymphna was born in the sixth century in Ireland. Dymphna's father Damon, a petty King of Oriel, was a pagan, but her mother was a devout Christian. After the death of her mother, her father demanded that she fulfill the role of his wife. Dymphna fled Ireland with the help of Father Gerebran, an old and holy priest, and she escaped with her father's court jester and his wife. Her father chased after her and eventually found her and again demanded she meet his perverted requests. She refused whereupon her father slew her with his sword. At her grave site miraculous cures of the mentally ill and epileptics have taken place. One of the world's largest and most progressive mental hospitals is built on the site of her martyrdom.

"St. Dymphna, intercede for me at the throne of Divine Mercy. May I know courage in this hour of need and find my way out of my suffering."