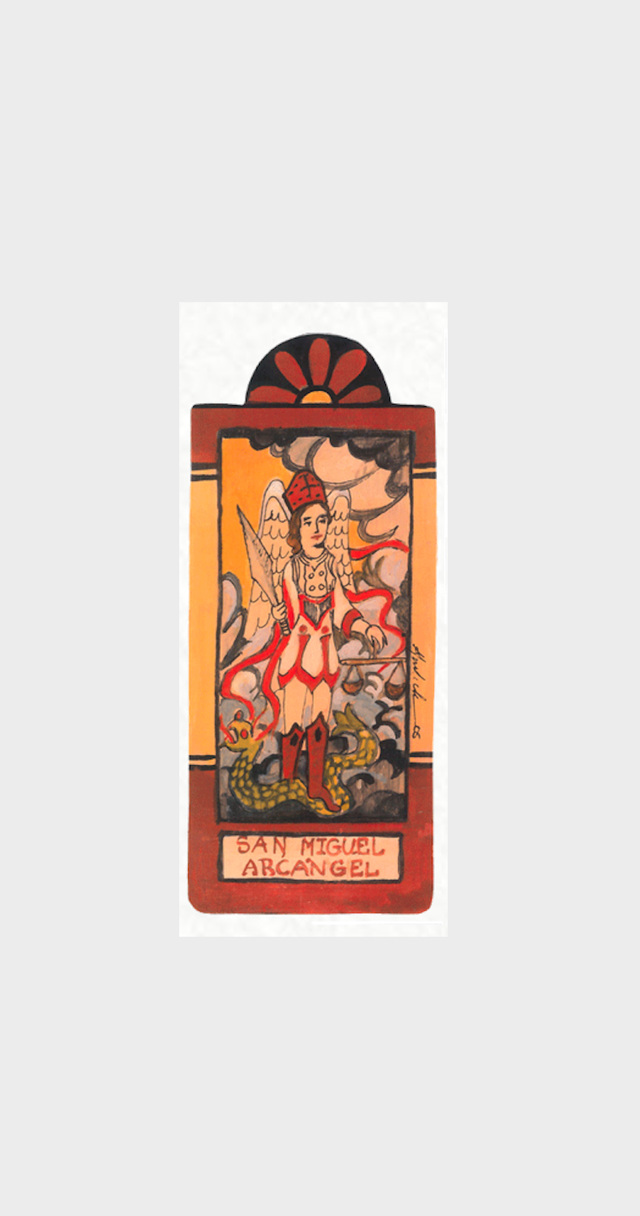 San Miguel defeated Lucifer and hurled the fallen angel into Hell. He appeared to Moses in the burning bush, talked with Abraham and inspired Joan of Arc. In modern times he has appeared on the battle fields in both world wars. Miguel is depicted with a scale because he weighs our soul's nature to determine where we will go when we die. At the world's end it is believed that he will do the final battle with the anti-christ.