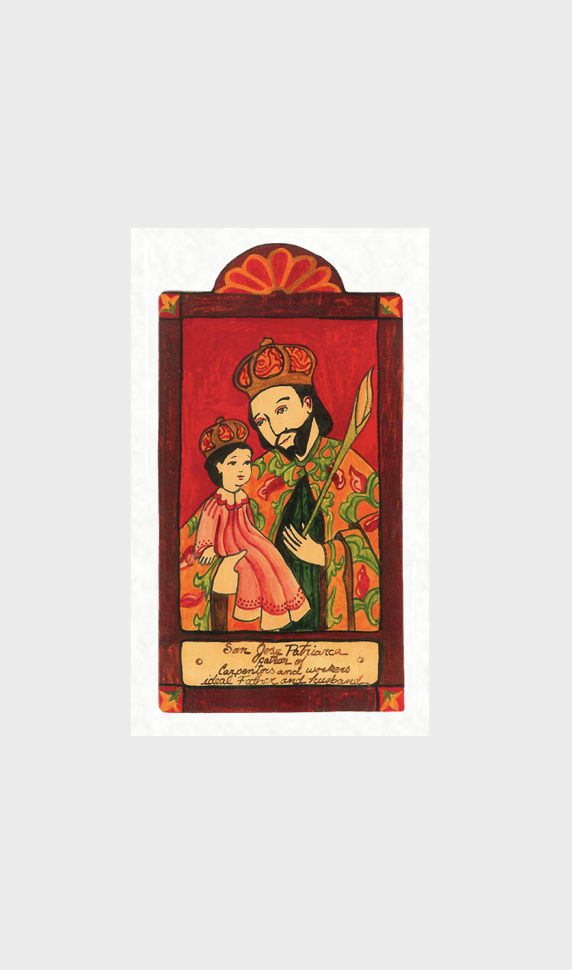 San José was descended from the line of David, of whom it was said the Messiah would come. He was Christ's earthly father. He labored as a carpenter. It is believed he fathered other children. Mark, chapter 6, he speaks of Jesus' four brothers. In a 15th century account, it is said that José was 33 when Jesus was born. Jesus was thought to be with him when he died, thus making José patron of peaceful deaths. In some parts of the world there is a tradition where a picture or statue of José is buried in the ground of the house one is trying to sell. This stems from the fact that José is invoked for all needs.

may I learn from your example of love and faith.

I humbly ask for your assistance with my task at hand.

My gratitude will be forever yours."