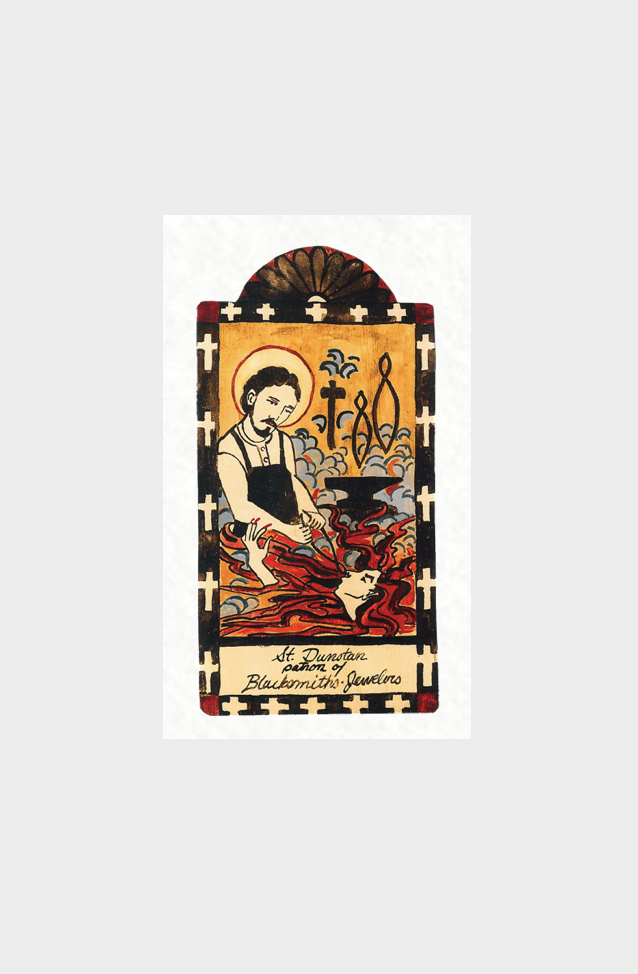 Dunstan was the Archbishop of Canterbury, England in the 10th century. He was banished by the King Edwy for accusing the king of adultery. During his exile he took up blacksmithing. The Devil was said to have come to him disguised as a woman. Dunstan recognized the Devil and caught him by the nose with his tongs. In 957 AD, he was restored to office by the new King Edgar.

"May my craftsmanship be fine and my work be beautiful and of benefit to those who use it."