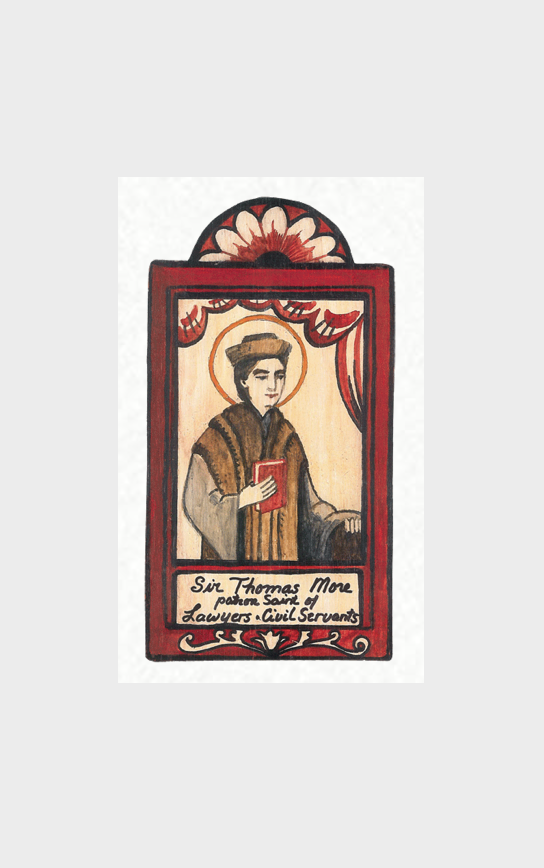 Patron of Lawyers and Civil Servants

Sir Thomas More was Lord Chancellor under Henry VIII. He stayed true to the laws of England as well as God's law. King Henry regrettably had him beheaded because he had refused to sanction Henry's divorce. This is when England split from the church in Rome and became the Church of England. This was so King Henry could divorce and marry another woman who might bare him a son. King Henry did have a sickly son who died. Thus, his daughter Elizabeth became the first Queen of England. Thomas More was a man of great integrity, staying true to his beliefs at all costs — a strong reminder and invocation for the complex world of lawyers today.

"May I apply my knowledge of the law in a clearheaded and honorable way.

May I never compromise my integrity."