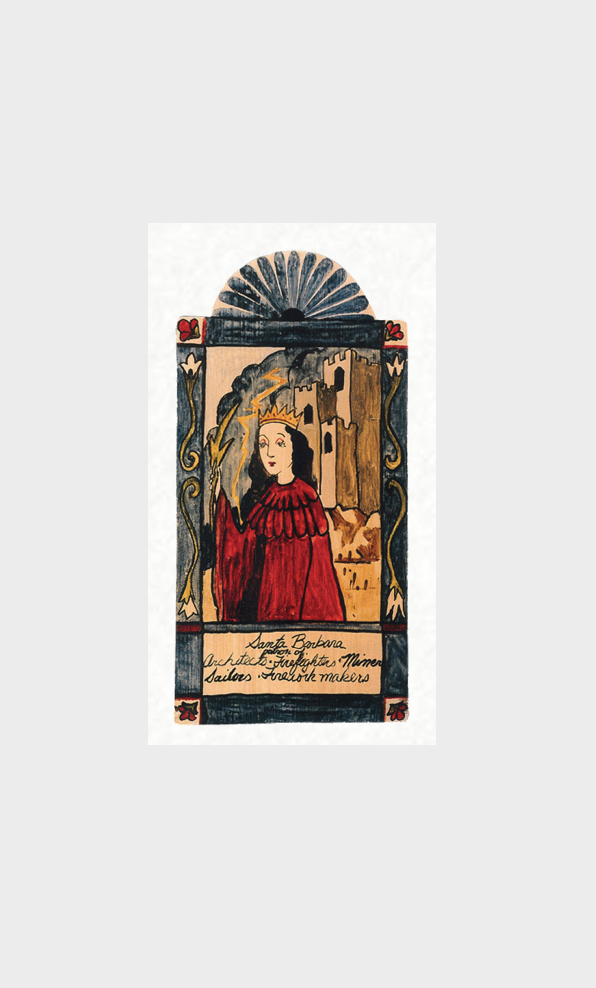 Barbara's father was an abusive and jealous man who hid his daughter away from the world imprisoning her in towers he had built for her. A Christian, disguised as her doctor came to her and gave her instructions in faith. Her father ordered a large bath to be built for her. Because her faith was so great the bath took on curative powers. While her father was away Barbara ordered the construction of a third window in honor of the trinity. When her father returned he was enraged by her faith and audacity. He drew his sword to slay her. She leapt out of the window and found she was able to fly. She flew to a cave and hid. Her father found her and took her to the authorities. They demanded that she renounce her faith. She would not, where upon she was brutally tortured. She did not die. Her father took her away into the mountains and cut off her head. As he did this a bolt of lightning struck him dead reducing him to ashes.

"Santa Barbara protect me from all things explosive."