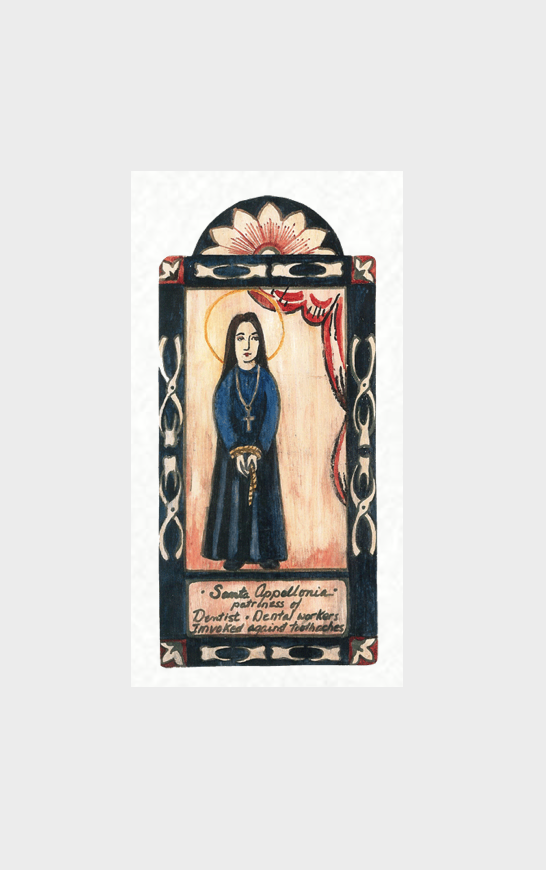 Apollonia was attacked by a mob intent on committing outrages on the Christians in early Rome. These men seized her and by repeated blows broke all her teeth. They then erected outside the city gates a pile of wood and threatened to burn her alive if she refused to repeat after them impious words (either a blasphemy against Christ, or an invocation of the heathen gods). Given, at her own request, a little freedom, she sprang quickly into the fire and was burned to death.

"May I skillfully tend to my patients‘ teeth and mouth, bringing relief and healing."