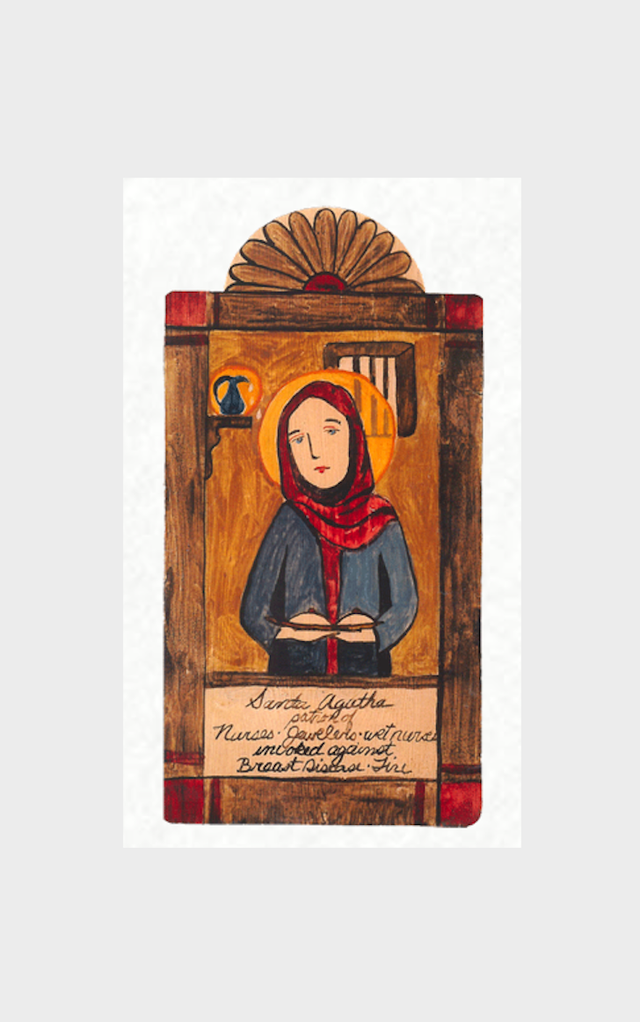 Agatha was a Sicilian who was sought after by the Roman Prefect Quintianus. She refused his advances because she had dedicated her life to God. He was furious about this. He sent her to prison to make her give in. She still refused. He ordered her breast cut off. St. Peter appeared to her afterward and restored her breast with a divine ointment. Quintianus did not give up. He became more brutal because she would not accept him nor renounce her faith in God. He finally cut off her head in his fury.

"May I always move with care and compassion so that I am instrumental in the healing of my patients."