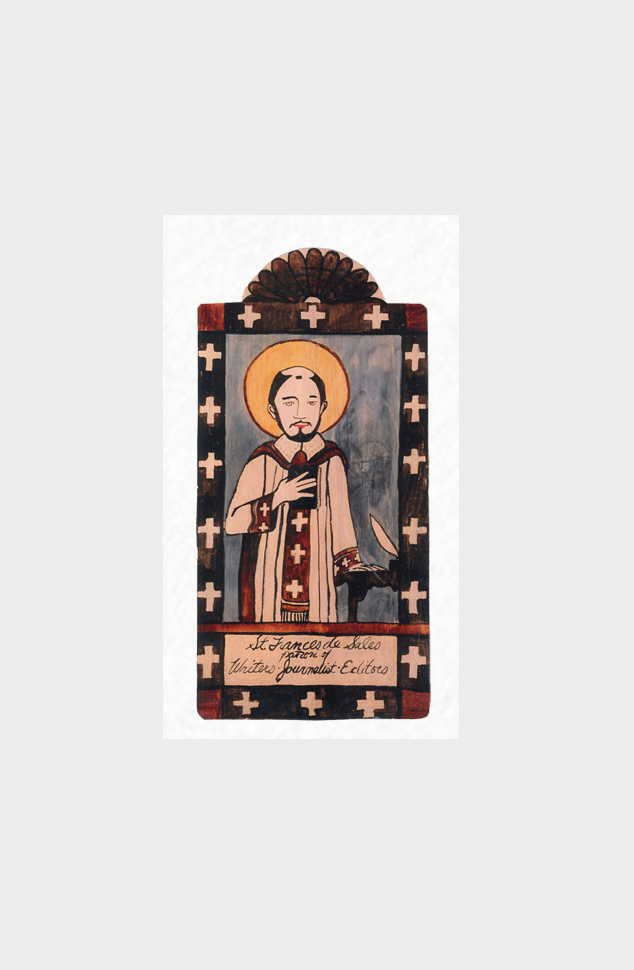 He was the Catholic Duke of Savoy. The majority of his subjects, along Lake Geneva in 1593 had become Calvinists. He tried to bribe them to come back to the Catholic Church but that did not work, so he began to write. He wrote the classic, "Introduction to the Devout Life", and he took his book and wandered among his subjects. The Calvinists, more than 40,000 people, eventually came back to Catholicism because of his efforts.

Frances words in the "Introduction to the Devout Life"

"Do not look forward in fear, to the changes of life, rather look

to them with full hope as they arise. God, whose very own you are,

will lead you safely through all things and when you can not stand it,

God will carry you in his arms. He will either shield you from suffering or

will give you unfailing strength to bear it."