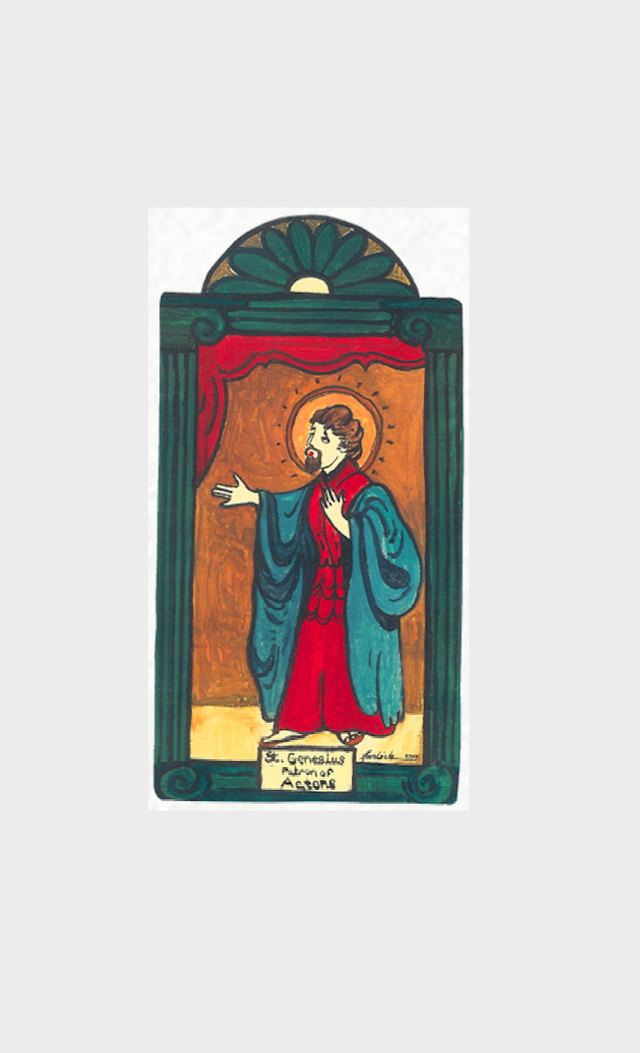 Genesius was an actor who while performing a blasphemous comic play about Christians and their practices, stopped in mid-performance because he realized he believed what he was saying. He was removed from the play and eventually beheaded for his faith.

"Holy St. Genesius, I humbly ask that my skills as an actor

be entertaining, honest, thought provoking, and bring insight and

laughter for the benefit of my audience."