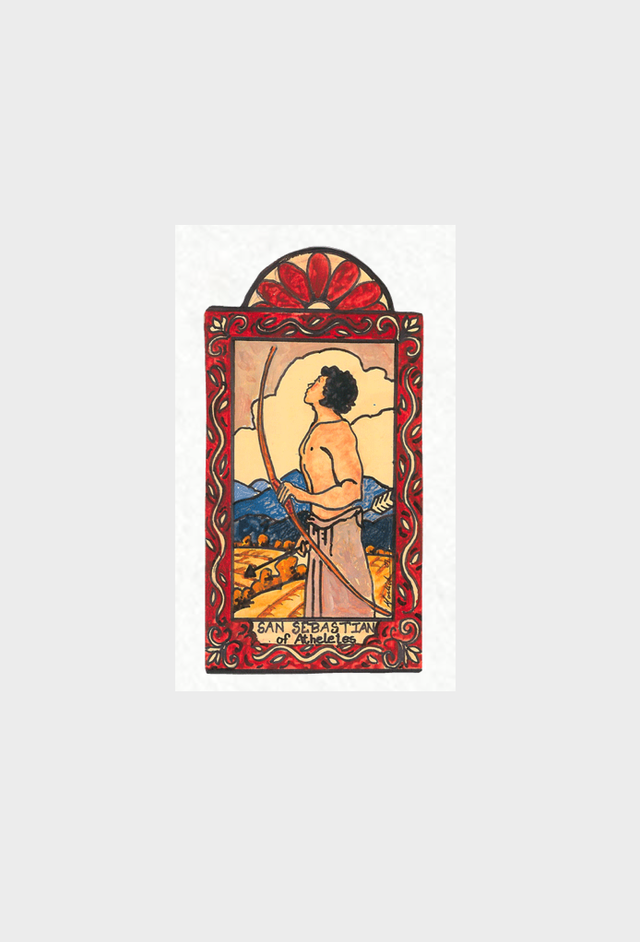 Sebastian was a Christian soldier who joined the Roman army in 283 AD as the persecution of the Jews intensified, and was able to hide the pope from the Roman Emperor. When the Emperor found out he had Sebastian shot with arrows. Sebastian miraculously survived. Eventually because of his faith he was beaten to death.

"Holy San Sebastian, we are given such wondrous bodies. May I be of good heart

and remain centered in my body so I move with strength and grace, performing

at my physical best."