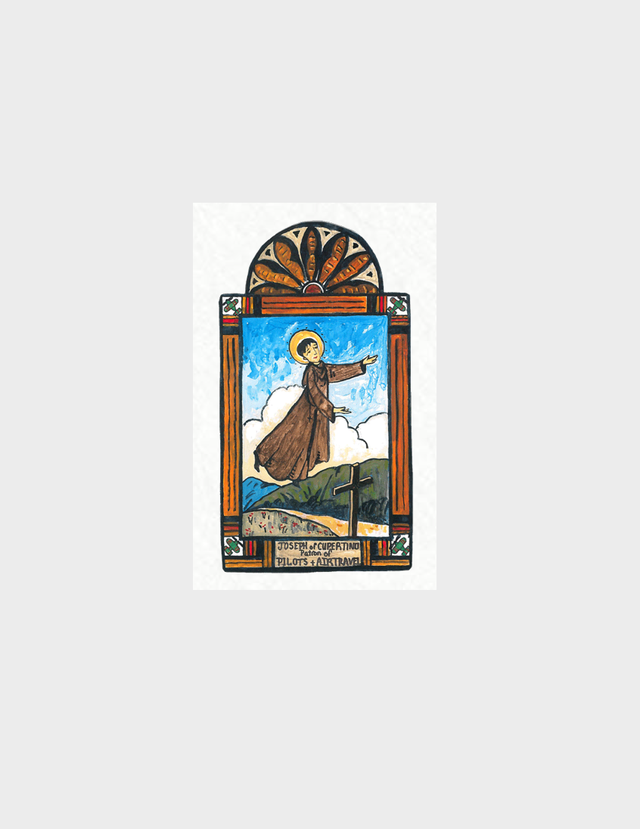 His father was a kind and generous man who died shortly before Joseph was born. His mother raised him alone. He was a poor student who stared blankly into the air when studying. He wanted to become a monk, but because of his learning disabilities, several orders would not accept him. Eventually, he was accepted by the Franciscans. On St. Francis's feast Day, October 4, 1630, Joseph was helping in the procession when he suddenly soared into the sky and hovered there. After this he often began to soar upon hearing a choir or seeing a cross. Not all the monks liked his flights or his ability to heal people without charging them any money. They confined him to the monastery and out of sight of the public. He grew in wisdom and holiness despite his learning handicaps. He had a large following by the time he died. He was canonized in 1781.

"O man of great devotion, bless us all in flight."