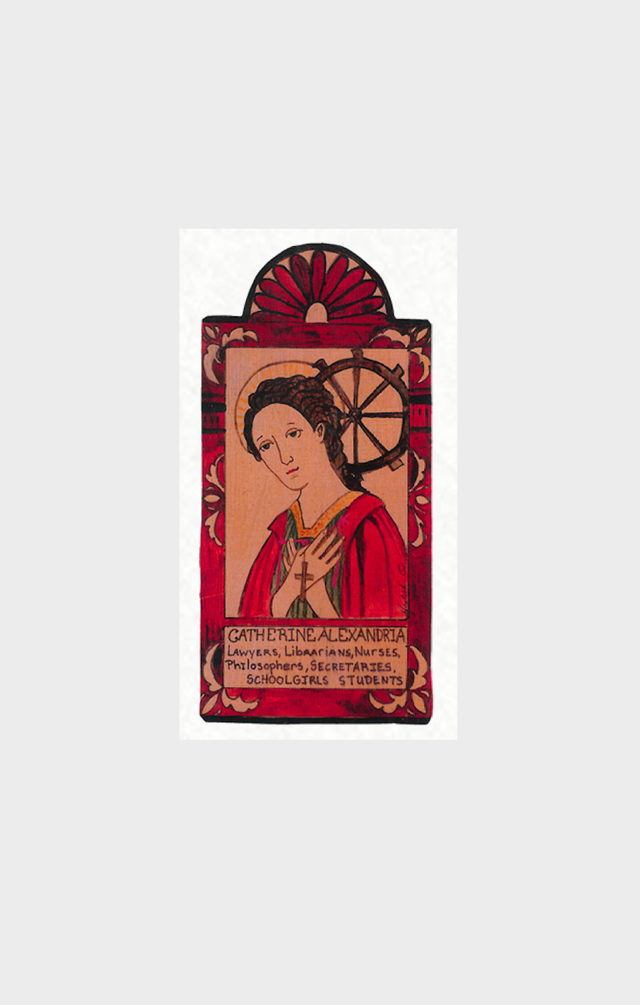 Believed to be a noblewoman of Alexandria, she preferred to study philosophy instead of getting married. Upon seeing a painting of the Madonna and Child, she converted to Christianity. She denounced the Emperor Maxeintius for persecuting the Christians. He in return, had fifty of her converts burned. He spared her life, but only if she would have a royal marriage. Catherine refused and was to be stretched upon a spiked wheel. After her torture began, angels are said to have shattered the wheel. She was finally beheaded. She is one of the most beloved Saints in Christendom. She inspired Joan of Arc.

"Glorious St. Catherine, woman of conviction, give me strength and courage to fight off the temptation of this world and of my mind, and to serve God wholeheartedly in all of my endeavors."