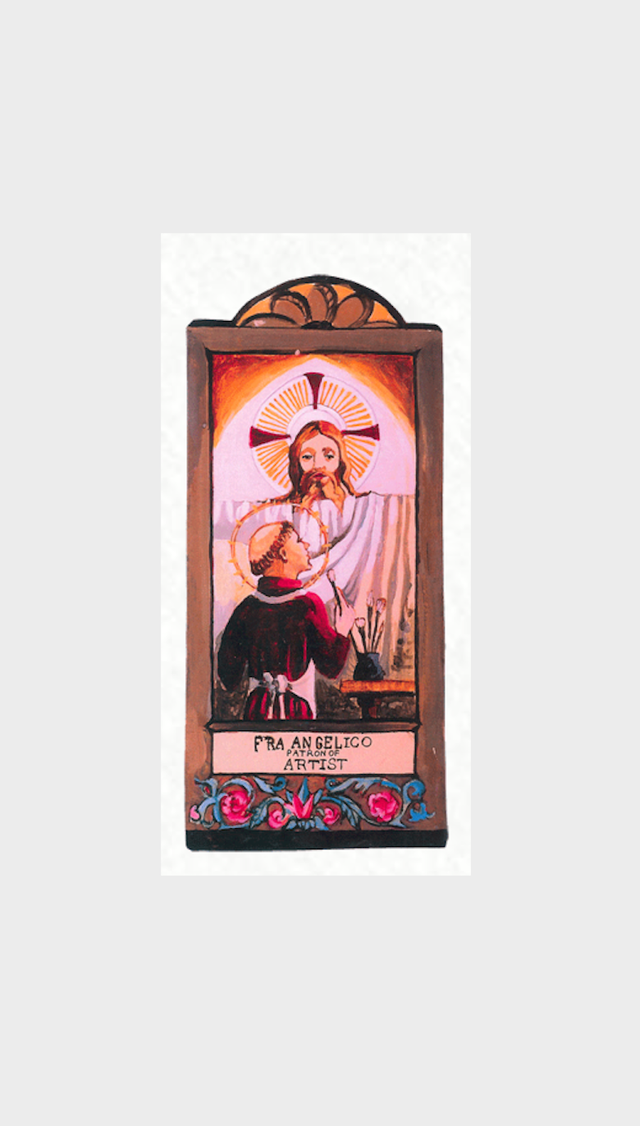 He was not officially canonized until 1984 but was thought (even by his contemporaries) as blessed. He was a Dominican brother living and painting in the 15th century. His most well known works, the Marcos Chapel Frescos, were painted around 1440. He is considered to be early Renaissance. The best known fresco is the annunciation in which Gabriel the Archangel, has rainbow wings. The Christ in my retablo is a copy of Fra Angelico's "The Transfiguration" in cell 6, in the Marcos Chapel.

"Holy Fra Angelico, may my work be of such quality

that is touches everyone who views it."