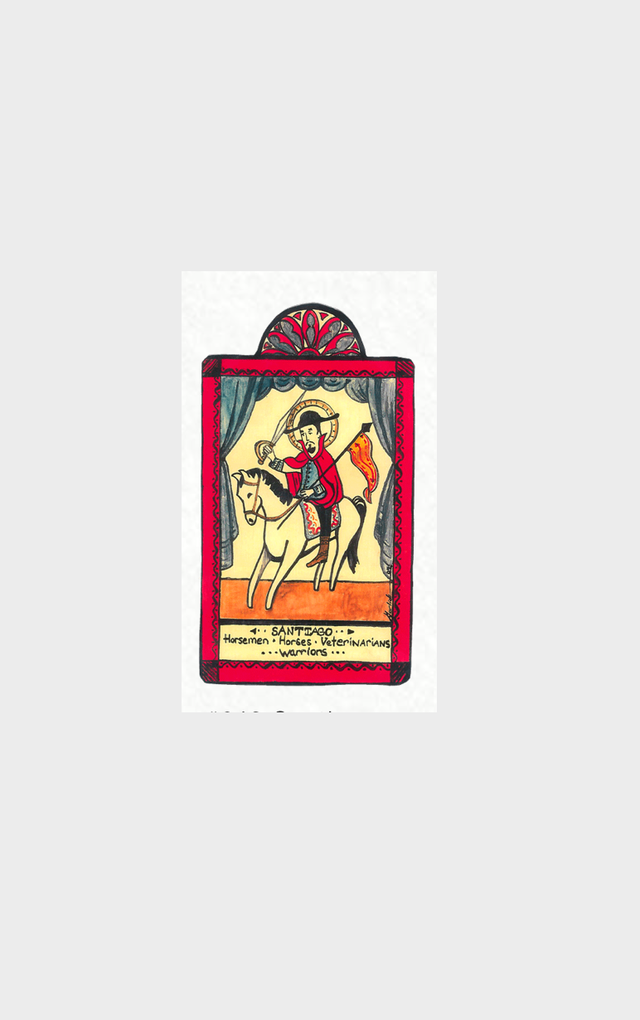 Santiago was the brother of John the Evangelist. He was recruited by Christ while fishing. It is said he brought a boy back to life who had been dead for five days. When the boy's father heard this, he declared the boy was no more alive than the fowl on the table, at which time the fowl rose up and flew away. Upon Santiago's death, his body was said to be taken to Spain by angels. His relics were found 800 years later in Compostela where miracles took place in his name. His following grew in medieval Spain, fostered by the kings of Spain to become the rallying cry of the Spanish army. He became the defender of Christianity against the Moors. He has appeared in Mexico, New Mexico and Southern Colorado in times of need.

"Santiago, disciple of Christ, miracle worker and warrior, bless the animals I work with on all our adventures."