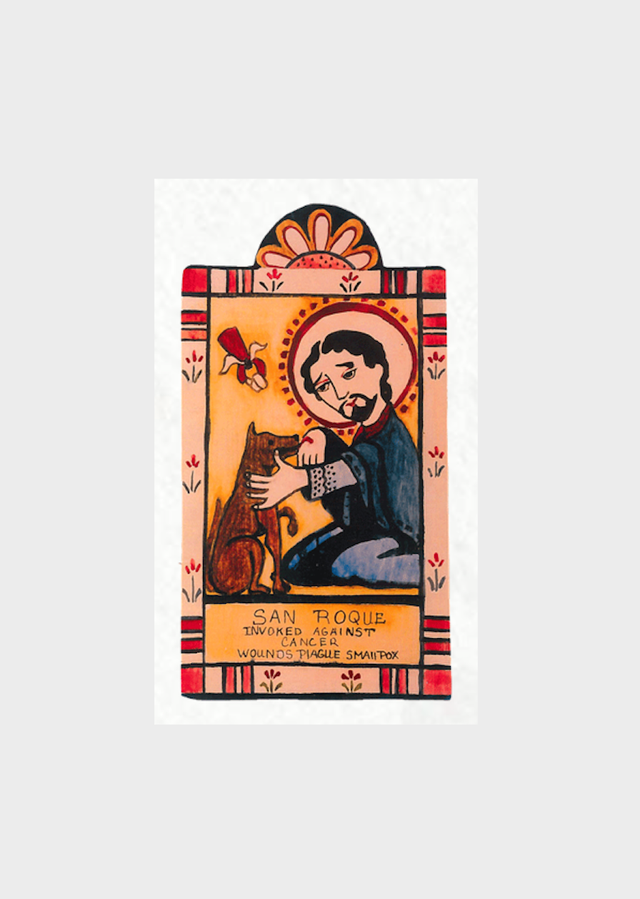 St. Roque was French born to a wealthy family. At the age of twenty he gave away all his wealth. He set out on a pilgrimage to Rome. The plague was afflicting Northern Italy. Roque went from town to town nursing plague victims. He eventually contracted the plague. He knew he was contagious. He did not want to infect any one and so he went into the forest. There a dog befriended him licking his wounds and bringing him bread to eat. When he returned home no one recognized him — he was so changed from his illness. Many thought he was a spy sent from Italy and was put in prison. An angel came and took care of him for five years. When he died he was finally recognized because of a heart shaped birth mark on his chest. His family was heartbroken. During the plague in Europe, one could find over the doors of houses the letters "VRS" (Viva Saint Roch) to ward off the plague.

"St Roch (Roque) you must have been very kind to have such a loyal companion. I pray to you, keep my beloved dog safe from all harm in their adventures. May they never know any of man' cruelties."