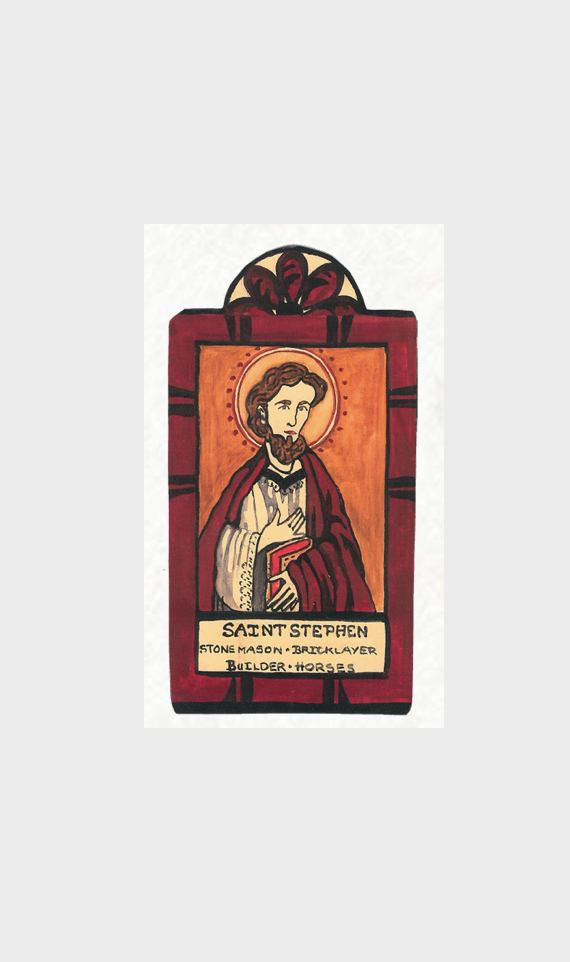 Patron of Builders, Stonemasons and Bricklayers.

Stephen was appointed by the Apostles to be one of the seven Deacons of the Church whose duty it was to help widows and take care of the poor. He performed many miracles and spoke with such great wisdom, that many people, upon hearing him became followers of Christ. Those who were opposed to the Church plotted against him. The Bible says he met these men with the face of an angel. Stephen was stoned to death by them. He was the first Christian martyr. While he was dying he asked God to forgive those who stoned him.

"Beloved, Saint Stephen, with the face of an angel, with peace and wisdom in your heart, you asked God to forgive those who killed you. May we too know wisdom and truth in opposition we face and forgive those who harm us."