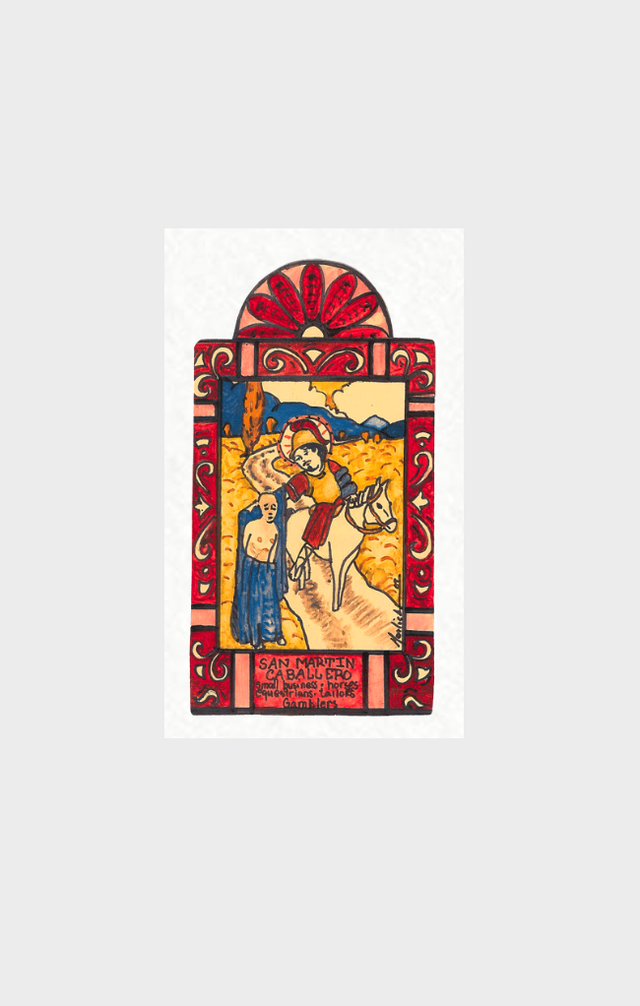 St. Martin was Hungarian, born in 315 AD. He was part of the Roman Cavalry. One day he saw a scantly clothed beggar who was cold. Martin ripped his cloak in half and wrapped it around the man. That night the Christ appeared to him in the cloak. He became a Christian monk and later the Bishop of Tours. He was said to have cured lepers with a kiss and raise people from the dead. He was a man of compassion and simplicity, who gave a great deal to charity. That is why he is patron of those who are relying on strangers to help them. In Mexico he is prayed to for small business, inn and shopkeepers who all rely on strangers for their lively hood.

"San Martin, like you, may I always be strong and charitable."