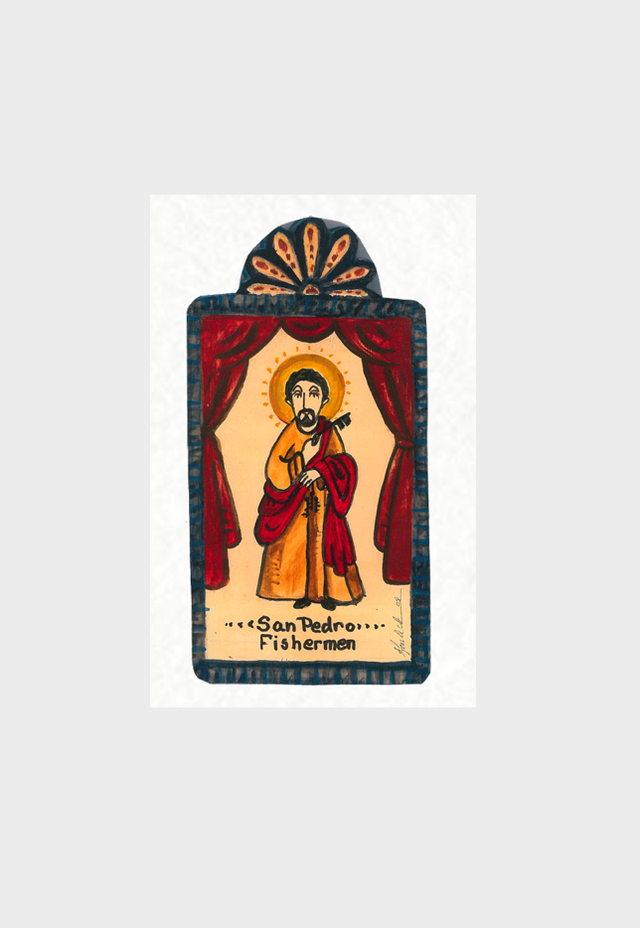 St. Peter the Apostle, the Patron of Fishermen.

His name is from the Greek name Petros, which means rock. He was one of the twelve apostles, a fishermen of Galilee and brother to Andrew who introduced him to Jesus. Christ went fishing with Peter. For a long time before Christ came to the village the fishing had been very bad, but the catch of fish with Jesus' help was very large. Christ said to Peter, "Do not be afraid, from now on you will catch men." Christ called Peter "The Rock" on which the Church would be built. He also said he was "The Keeper of the Keys to Heaven." Peter is recognized as the Prince of the Apostles and the first pope.