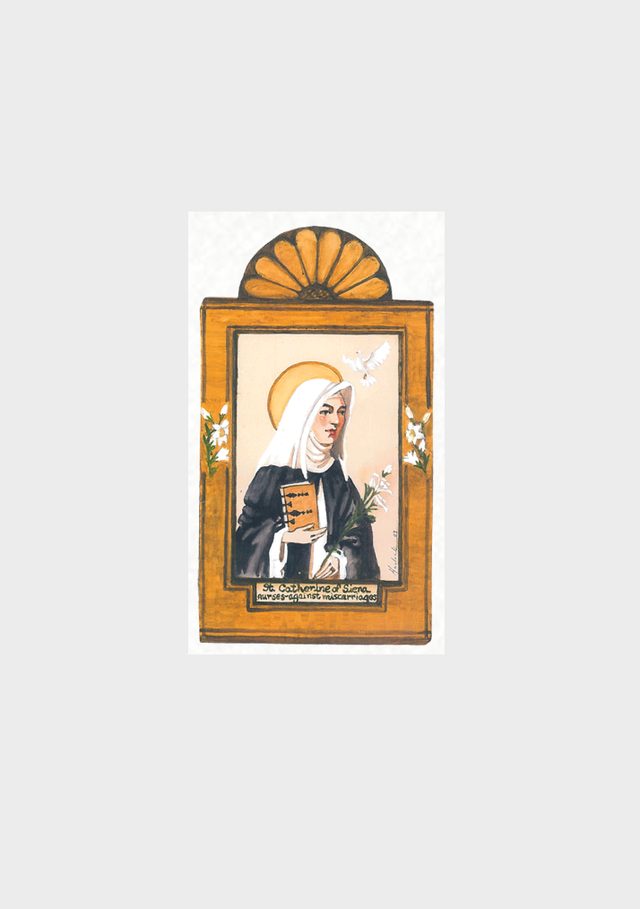 St. Catherine of Siena 1347-1380 AD. A tertiary of the Dominican order, she was a great philosopher and theologian of the church. Catherine was the daughter of a wool dyer and a local poet. She was the 24th of 25 children and started having visions at the age of six. She worked with the sick and needy. She was brilliant and charismatic, and attained a following of both men and women. She never had a formal education, but became friends with the Pope and many leaders of her time. She persuaded the Pope to return to Rome from Avignon, and at the time of her death she was working to heal the Great Western Schism. Catherine did receive stigmata which only showed after her death.

"And the external Father said, And if anyone should ask me what this soul is,

I would say: 'She is another me, made so by the union of love.'

"You are rewarded not according to your work or your time,

but according to the measure of your love."