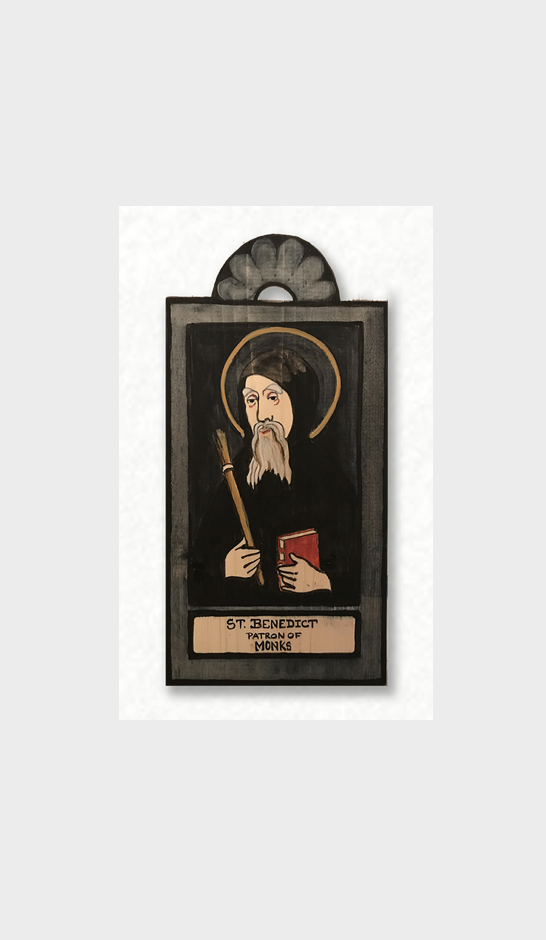 Italian 480-547 AD. He was the son of a Roman noble. He went to finish his studies in Rome. There, he learned the art of rhetoric but disliked watching his fellow students using it to persuade people to succumb to vices. He left Rome with a servant and lived with like minded men focusing on the Gospels. For three years he became a hermit in a cave. When he came out he established 12 monasteries with 12 monks in each. Later he made the monasteries larger. He wrote 'The Rules of Saint Benedict' which lays out the practice for daily life in a monastic order. These rules are still in use today. He died in 547 while standing in prayer to God.

"What can be sweeter to us, dear ones, than this voice of the Lord inviting us? Behold in his loving kindness the Lord shows us the way of life."