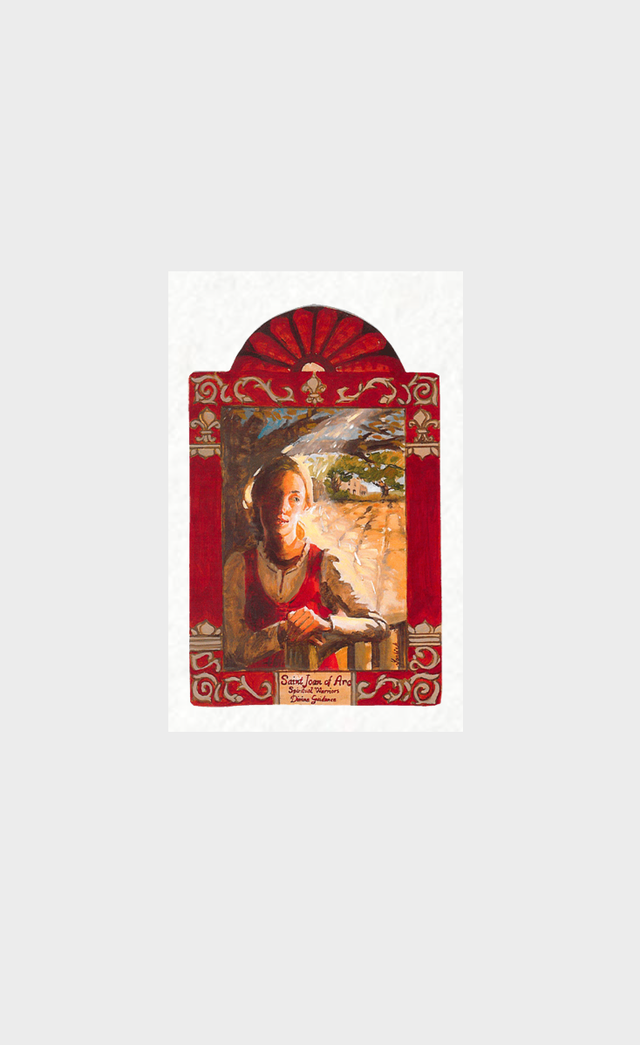 Joan of Arc (Jeanne d'Arc) was born in 1412 in the remote town of Domrémy in France. Joan witnessed her peasant village burn before the age of 12 by the French Burgundians. The Burgundians sided with the King of England, trying to help him win the French throne toward the end of the Hundred Year War. At the age of 12 the Archangel Michael, St. Catherine and St. Margaret spoke to Joan in the field by her house. She was greatly joyed by their presence and cried when they left because they were "so beautiful". At age 17, they told her to go to Charles of France to ask for an army to defeat the English. The young, uncrowned king gave her a small army which she led to victory in d' Orleans in 1429, changing the course of the Hundred Year War. Joan was an innocent caught in the politics. She was eventually captured by the Burgundians, sold to the British and tried in a biased court that found her to be a heretic and burned her at the stake.

I pray that I may have the courage, wisdom, and faith

to carry me through all the battles I face."