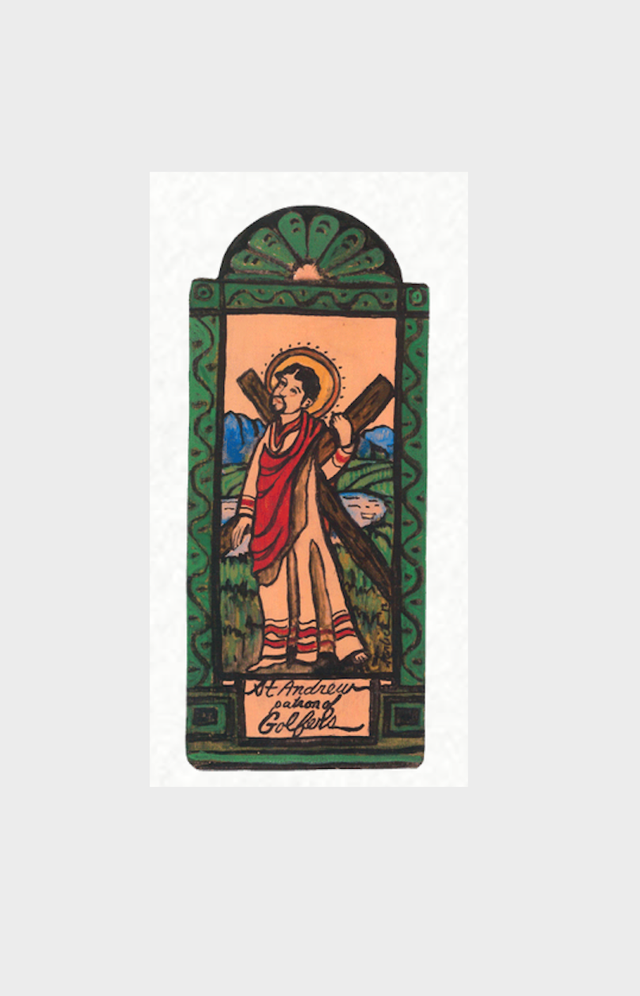 Saint Andrew was a disciple of John the Baptist who met Jesus through John and soon recognized him as the Messiah. He introduced Christ to his brother, Simon Peter. Both Andrew and Peter were fishermen. Christ said to them, "you will become fishers of men." After Christ's Crucifixion, Andrew is said to have traveled to Greece where he was crucified. It is said that he asked to be hung on a cross shaped in an x rather than the upright cross Christ was crucified on, as he did not feel he was worthy to be crucified on the same style of cross as the Christ. He is not the official patron saint of golfers, but is considered by many to be because he is the patron saint of Scotland and St. Andrew's golf course in Scotland.

"May my mind be sharp and focused and my swing be strong and accurate."