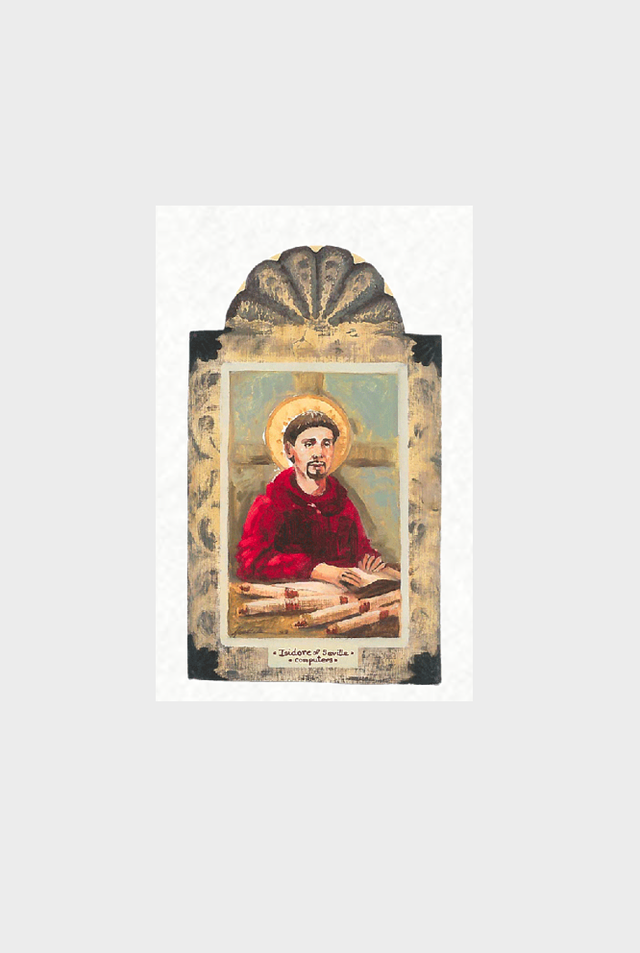 He was from a family of saints, two brothers and one sister. The Goths who had a disdain for education were in charge of Hispania. It was a violent and transitional time. His older brother took over his education. He was a strict task master, and often beating his younger brother. Surprisingly, Isidore held no hatred toward his brother. As adults they worked together. Despite, or because of his authoritarian brother's rule over him, he developed a representative form a government for all of Europe. He was Archbishop of Seville for 30 years. He is considered 'the last scholar of the ancient world'. He wrote an encyclopedia of knowledge known as the 'Etymologiae'. It was referred to for nine centuries. He wrote books on grammer, astronomy, geography, history and theology. He was a brillant, generous and forgiving man. He left all his belongings to the poor upon his death bed.

"Brilliant man of God, we navigate the internet with our eyes only toward the good and beneficial. May our computers work well and be of service to us and others."