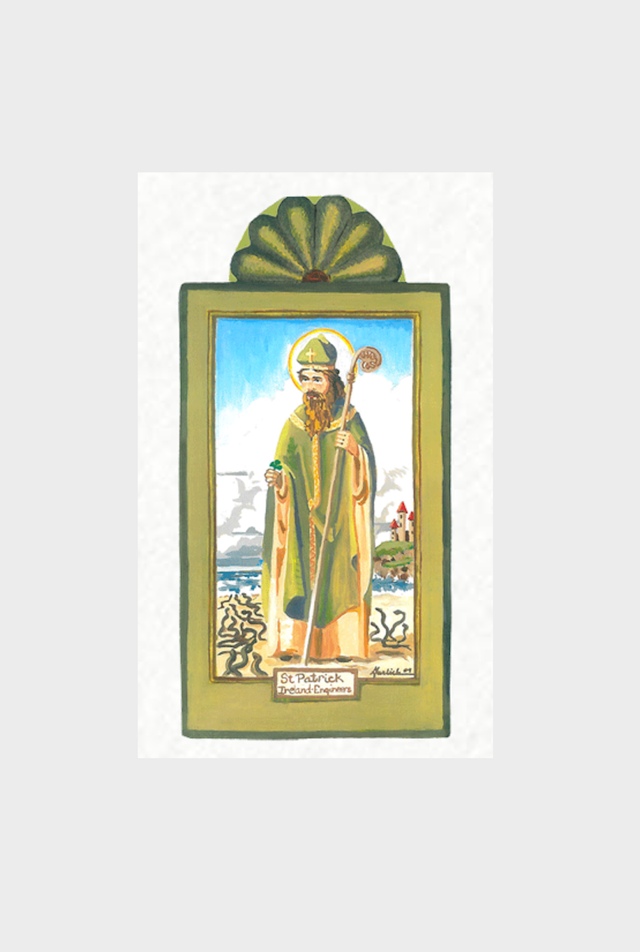 Patron Saint of Engineers and Ireland.

Born 385 AD in Scotland to Roman parents, at the age of 14 he was captured by an Irish raiding party and taken back to Ireland as a slave. During his captivity he grew close to God through prayer. God told him in a dream to go to the coast and escape his captivity and so he did. Reunited with his family he studied for the priesthood and eventually became a bishop. He was sent to Ireland to bring the Gospels, fulfilling a dream he had earlier about the Irish begging him to come walk among them again. In forty years he converted all of Ireland. He used the Shamrock to explain the Trinity, thus it is his symbol. He died in 461. Many legends have grown up around St. Patrick. It is said he drove all the snakes out of Ireland (they don't have any) perhaps symbolic for the Druids who used serpent symbolism.

"May you always walk in sunshine,

may you never want for more,

May Irish angels rest their wings

right before your door.

May St. Patrick guard you wherever you go

and guide you in whatever you do,

and may his going protection be a great blessing to you."