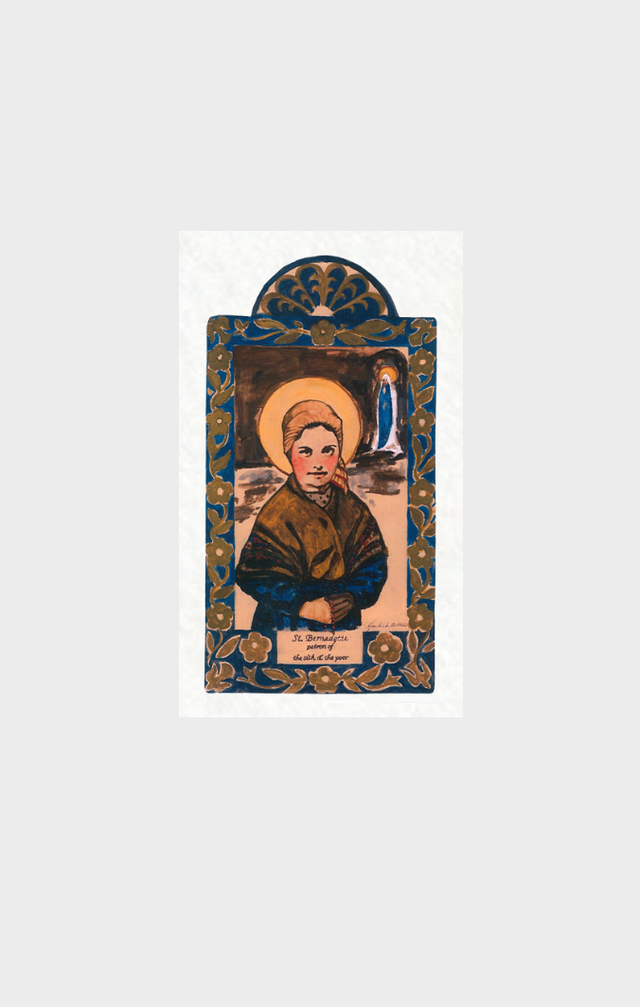 Patroness of the Sick, the Poor, Family, Shepherds and Shepherdesses, and People Ridiculed for their Faith, invoked against Poverty.

The oldest of five children, she was raised by a loving but very impoverished family. She suffered greatly from asthma and was weak and frail most of her life. At the age of 14 while collecting firewood with her sister and friend the Virgin Mary appeared to her. It was the first of 18 visitations. No one else saw the Virgin, but many people of Lourdes believed her. During the 15th apparition the Virgin told Bernadette to have the priest build a chapel in her honor. The priest replied by saying he needed a sign of roses. Instead, the Virgin made an eternal spring come forth. To this day pilgrims come to this spring for its healing properties. The chapel and several other churches in Lourdes, were built in honor of the Virgin. Bernadette became a very humble nun. She died at age 35. Her body still remains intact. When asked in later years how she avoided pride at being chosen by the Virgin, she replied 'The Blessed Virgin chose me only because I was so ignorant.'

"I shall spend every moment loving,

one who loves does not notice her trials;

or perhaps more who accurately, she is able to love them."