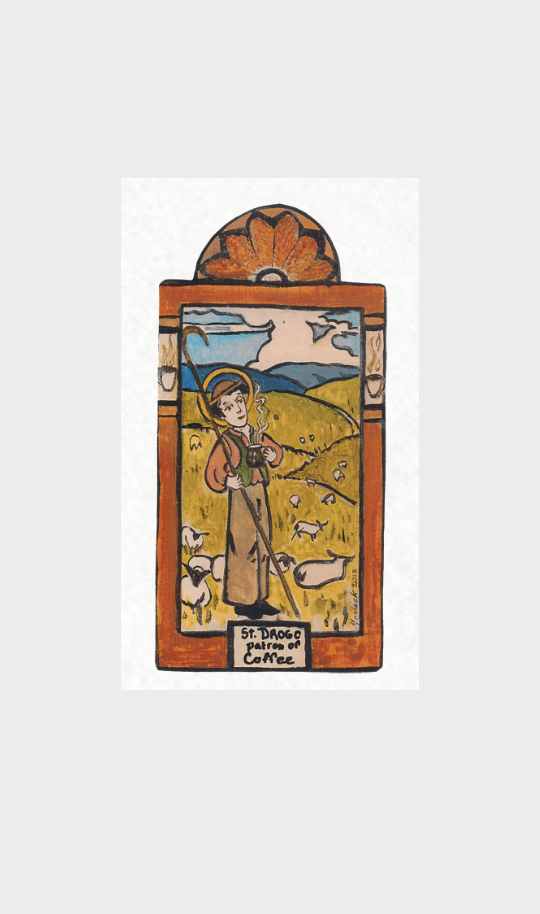 Patron Saint of Coffee and Baristas.

Drogo was a Flemish nobleman born in 1186. He was orphaned in his early teens. When he was 18 he gave up everything he owned and became a penitential pilgrim. He made nine long pilgrimages to Rome. Later he became a shepherd in France. He was said to be seen by many in two places at once; tending his sheep and simultaneously at church. He suffered a great disfigurement. He felt so hideous, he stayed hidden in a cell attached to the church for 40 years until his death.

"May the coffee I make and serve be rich and delicious, satisfying and comforting for everyone who drinks it."