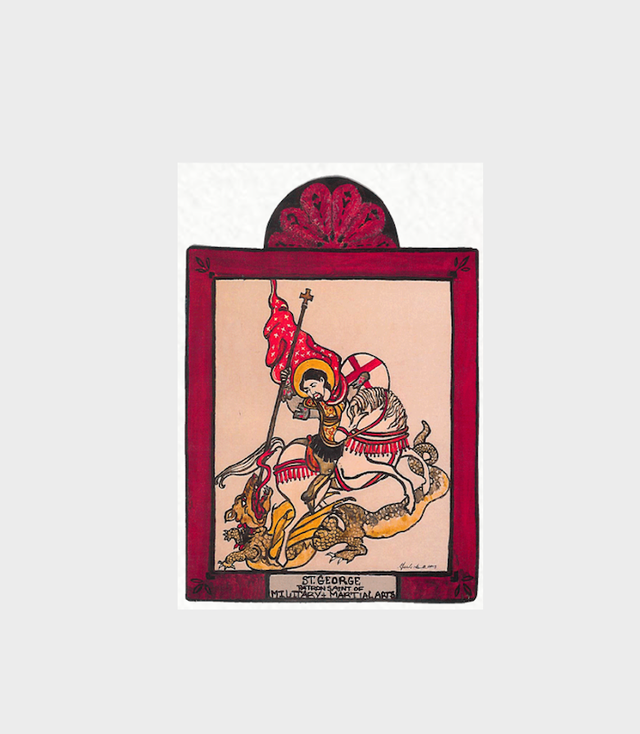 Born in Palestine in the third century, he was a soldier in the Roman army who declared his Christian faith to the Emperor. The Emperor was fond of George and his father before him but hated Christians. He tried to bribe George with money and land so that George would renounce his faith. George refused, knowing that he would be tortured by the Emperor. Eventually he was beheaded. The crusaders brought the legend of George back to England. It grew in popularity with the publication of the 'Golden Legends' in 1260. He became Patron Saint of England. In the 14th century, George was one of the group of saints known as the 14 holy helpers. They were invoked against disease and for the health of domestic animals. In the legend of George and the Dragon, the dragon represents the wickedness of the Devil. The Maiden is the purity of God. George has the courage to slay the dragon.

"May I have the courage and fortitude, as Saint George did, to slay all the dragons before me."