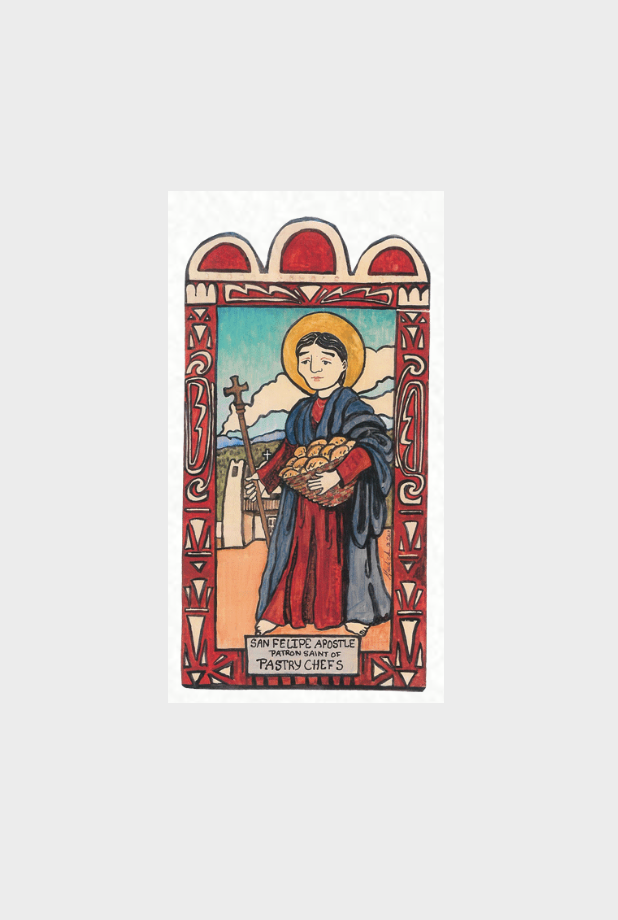 San Felipe was born in the same village as Peter and Andrew. He was a follower of John the Baptist. He became the third disciple. When Christ said 'follow me.' Jesus, seeing the great multitude of people before him, filled San Felipe's baskets with enough bread so that all who were hungry could eat. On the evening before the Passion of the Lord, Jesus said to San Felipe, 'He that seeth me seeth the father' (John 6-9). The Feast Day is May 3rd.

"San Felipe may what we bake be of true sustenance, nourishing the body, mind and soul."