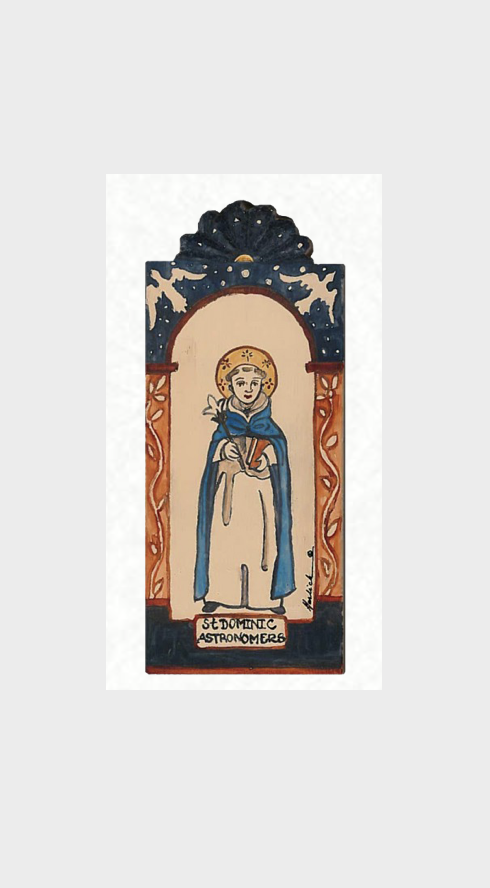 Dominic was born in Spain and educated in the arts and theology. As a student, during a famine, he gave away all he had to help those starving, saying to his classmates, "Would you have me study off these dead skins, when men are dying of hunger?" Dominic, with his six followers, established an order of preachers with monastic rules of prayers and penance. Dominic's headquarters were in Rome. He often fasted and observed periods of silence. Upon his deathbed he reminded his followers to have charity, humility, and make their treasure out of poverty.

"Holy St. Dominic, you point to the light of Christ. May astronomers study the stars in gratitude for their glorious Maker. May the angels of peace watch over us."