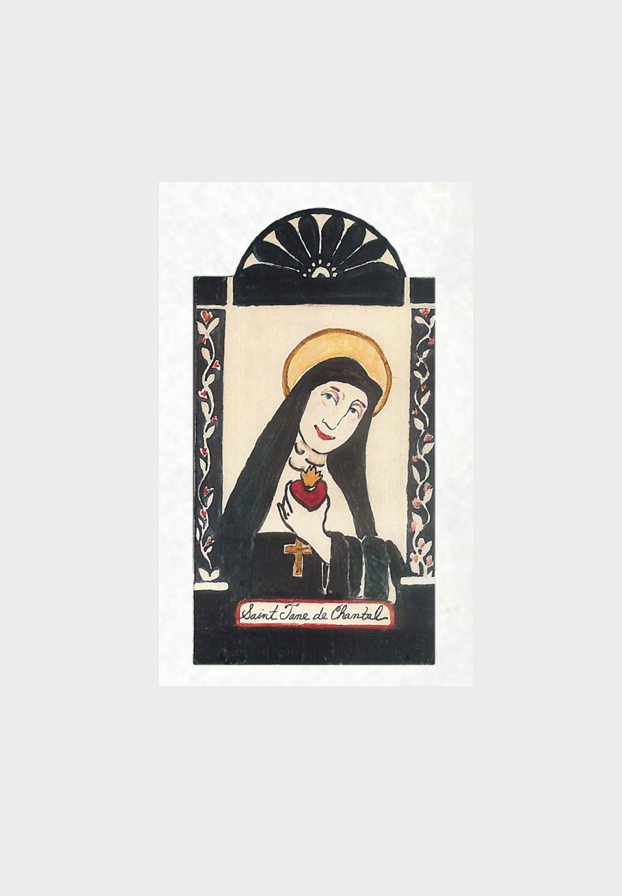 Jane was a good-hearted woman, who was raised by her loving father in Dijon, France. She married the Baron of Chantal and had four children. When the Baron was killed in a hunting accident she was devastated by her loss and prayed to truly forgive the man who shot her husband. This opened her heart to a deeper spirituality. When she met St. Francis de Sales, he was impressed by her devotion to God. They became close friends. St. Francis became her spiritual director. St. Francis and Jane later started an order called the Congregation of the Visitation of Holy Mary, which accepted women rejected by others because of poor health or age. Jane spent the rest of her life establishing the order throughout Italy and France.

"Hold your eyes on God and leave the doing to him.

That is all the doing you have to worry about."