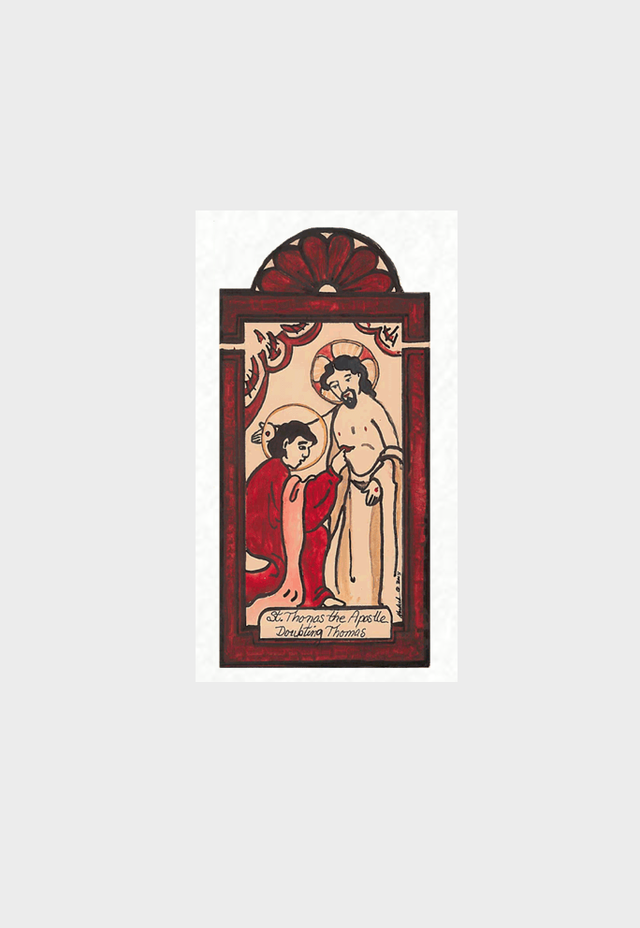 During the Last Supper, Jesus said, I go to prepare a place for you, and also... "whither I go ye know, and the way ye know." But Thomas responded, "Lord, we know not whither thou goest; and how can we know the way?" Jesus replied, "I am the way, the truth, and the life." (John 14:2, 4-6) Later, Thomas, known as 'doubting Thomas,' did not believe Jesus had risen and said, "Except I shall see in his hands the print of the nails, and thrust my hand in his side, I will not believe." (John 20:25) Eight days later, Jesus appeared to the disciples and invited Thomas to touch his wounds, saying to him, "Thomas, because thou hast seen me, thou hast believed: Blessed are they that have not seen, and yet believed." (John 20:29) After the Crucifixion Thomas traveled to India. He spent the rest of his life there baptizing the people.

may my heart be wise enough to have no doubts