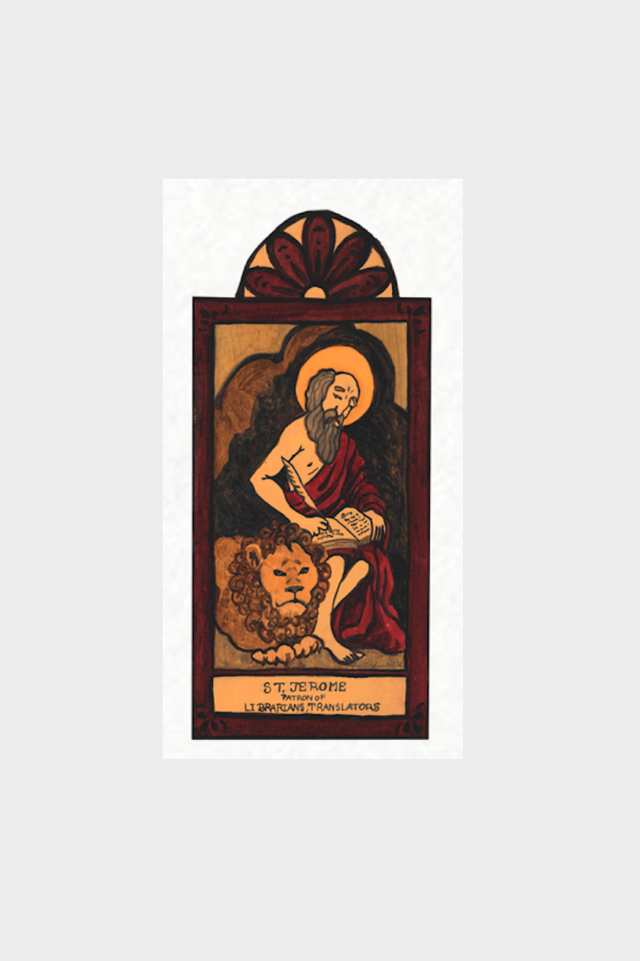 As a young man in Rome pursuing classical studies he engaged in loose and secular behaviors. During an terrible illness he had a vision that opened him to God and Christianity. He went to live in the desert as a hermit to do penance for his wild and loose ways as a youth. He was an avid scholar, translator and writer. A consultant to monks, bishops and Pope Damasus 1. St Jerome is best known for his translation of the Hebrew Bible into Latin, known as the Vulgate. Toward the end of his life he went to live with followers, both male and female, in the very cave that Jesus was said to have been born in. There he gave them guidance and teachings as a priest. In the Golden Legend, it is written that he pulled a thorn out of the paw of a lion who then stayed with him to protected him as he wrote and worked on his translations.

Quote from a prayer used before confession attributed to St. Jerome:

"Show me, O Lord, Your mercy, and delight my heart with it...

Seek after me and bring me home again to your fold."