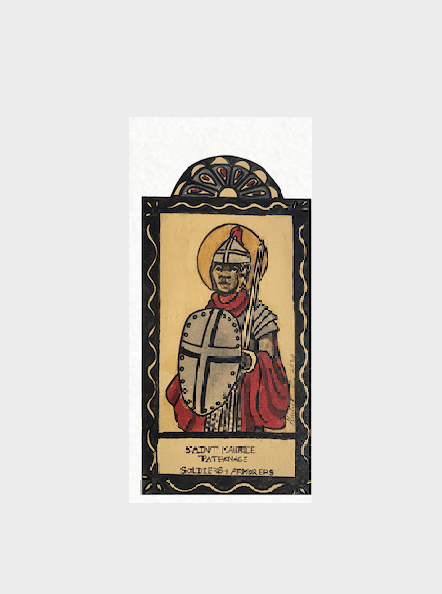 Born in Egypt, he became the leader of the Theban Legion in the Roman army. The legion, who were all Christians, were sent to Gaul by Emperor Maximum and ordered to clear the Great St. Bernard pass. They were told to offer scarifies to the pagan gods, and to harass and kill Christians. The legion refused and were executed. Since the 1300s Maurice is often depicted as an dark skinned African.

"Holy St. Maurice, through your example in darkness may I know light, may I be filled with unshakable faith and may I have courage of body, mind, spirit to overcome the perils I face. My gratitude is yours."