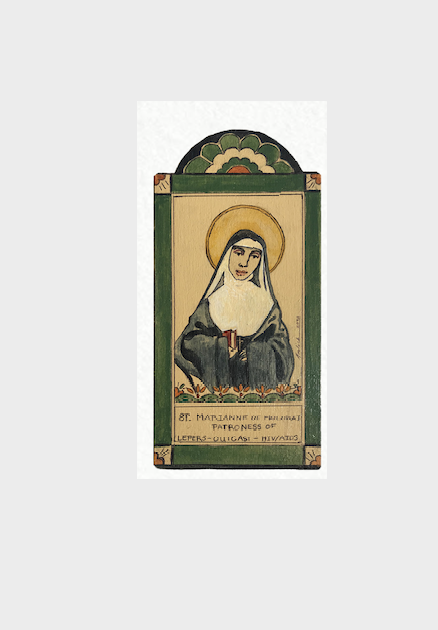 Her family immigrated to New York from Germany shortly after she was born. As a Franciscan sister, she opened hospitals and schools in New York and Hawaii. In 1883 she, with 6 other nuns, accepted the offer to work with the leper colony in Hawaii saying, “I am hungry for the work and wish with all my heart to be one of the chosen ones.” 50 religious orders had refused. She moved to Molokai in 1885 where she cared for the dying St. Damien. After his death, she took on his role caring for the boys of Molokai and established a home for women and girls with leprosy in 1887.

“Oh God, who called us to serve your son in the least of our brothers and sisters, grant, we pray by the example of St. Marianne, we burn with love for those who suffer.”