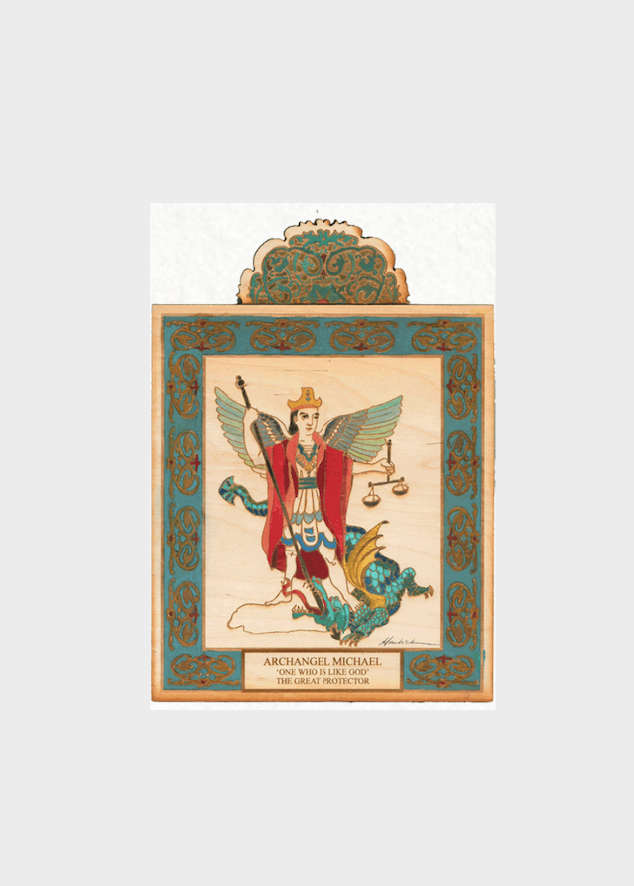 Archangel Michael defeated Lucifer and hurled the fallen angel into hell. He appeared to Moses in the burning bush, talked with Abraham and inspired Joan of Arc. He has appeared on the battle field in both world wars. He carries a scale because he weighs the soul's nature to determine where we will go when we die. At the world's end, it is said, that he will do final battle with the Antichrist. He is recognized in Judaism, Christianity and the Muslim faith.

"Glorious Archangel Michael, Great Protector, in the midst of great danger grant me the strength of mind, body and spirit that I may over come the perils I face."